The Uyghur language and japanese translator is a Turkic language spoken by more than 10 million Uyghurs in northwestern China, in Xinjiang, or, as the indigenous people call their homeland, in East Turkestan. The Uyghur language is also spoken by several million Uyghurs living in Central Asia, Turkey, diasporas in Arab countries, the United States, Canada, Australia and Europe. 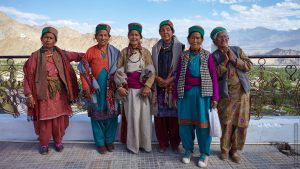 In all official publications, the Chinese authorities give themselves good marks for “bilingual language education.” How the Uyghur language is being promoted alongside Chinese can serve as a role model, according to handouts and white papers for foreign tourists and journalists. However, this has little to do with reality. Nur Bekri, chairman of the government of Xinjiang Autonomous Region, does not hide his disdain for the Uyghur language: “… Terrorists from neighboring countries recruit Uyghurs because they are relatively isolated from society, since they cannot speak the Mandarin dialect. This is how they are drawn into terrorist activities ”(China Daily, July 5, 2009). From this quote, it follows that, from the point of view of most Han people, Uyghur is still considered the language of people who do not strive for success in the majority society.

Without knowing enough Chinese, today it is almost impossible to get a skilled job in the Uyghur region. As a result of the government-encouraged settlement of Han Chinese, the population structure and, therefore, the role of languages ​​has irreversibly changed in Northwest China over the past 40 years. In most of the large cities of East Turkestan, there are now more Han people than Uyghurs. Cities are becoming more and more “Chinese”, traces of Uyghur culture are being ignored, destroyed and, perhaps, to maintain the interest of tourists in the legendary Great Silk Road, they are conserved as “museum culture”. However, in everyday life, the Uyghur language is gradually losing ground.

Over the past 20 years, China has pursued an increasingly harsh assimilation policy in East Turkestan. While it violates Chinese laws and international agreements, the Uyghur language is increasingly being pushed out of schools, and despite talk of bilingual education, a Chinese-only education system has been established. Section 10 of the Xinjiang Autonomous Law of 1984 guarantees that ethnic minorities are “entitled to use and develop their languages.” Article 37 of this law even provides for “the maximum use of books in the native language in schools where representatives of ethnic minorities study primarily.” 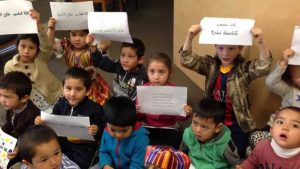 The assimilation policy has been pursued since 2002, when the regional government decided to introduce Chinese as a compulsory language of instruction in the first two courses at Xinjiang University. In 2004, the regional government ordered the promotion of “bilingual language education”. In schools, this has led to an increasing number of classes being taught in Chinese, with the minority language being used only in Uyghur lessons (Xinjiang Daily, December 7, 2005). In the end, in 2006, only Chinese was prescribed for elementary school. This should be extended to middle and high school by 2012. Whereas 36,000 schoolchildren attended bilingual classes in 2004, a year later there were 145,000 children and youth. In 2010, as part of an expensive government program, 258,000 young Uyghurs are already studying in Chinese in elementary schools.

Meanwhile, fewer and fewer Uyghur teachers are being trained. In addition, teachers must have a good knowledge of Chinese to be recruited at all. Currently, even Uyghur literature is taught in Chinese at Xinjiang University. Among Uyghurs over 15, 82 percent cannot read Chinese, 10.8 percent have difficulty understanding Chinese texts, and only 7.3 percent have no difficulty reading Chinese.

In this fatal trend, the Uyghurs see on the part of the Chinese society a deliberate destruction of the Uyghur traditional language, culture and identity, since the decline of their language with a thousand-year tradition is accompanied by the systematic ousting of the Uyghurs from public life in East Turkestan.